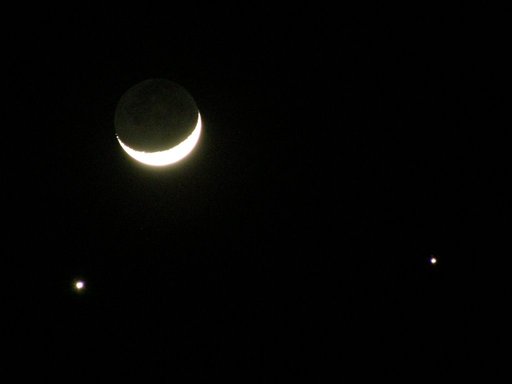 [UPDATE: Extended with input from some of my siblings]

Everybody has special memories about their childhood home, but even so, I like to think that the house I grew up in was something special. To give you an idea of what the house looks like, here's a drawing my older brother made of the house some 15 years ago.

You'll have to subtract a bit of the Psycho-esque American gothic, but the house really looked like that. It was an enormous building. The biggest home in the small town I grew up in. It was on the middle of the main street. It had a tower. It was - much like a child's world - unfinished and mysterious.

Large portions of the house were not in use, and in quite bad repair. Living in the house was a gradual conquest. As the familiy grew, as children got older and required their own space, more and more rooms were fixed up and taken into use. The job was never finshed while we lived there. The parts we did use ended up consisting of about 12 rooms and various utility rooms: two bathrooms, a big kitchen, pantry, a porch and, important when you're a child, a walk-in safe in the middle of the main hallway. Below the main floor was a basement floor with an additional 6-8 rooms largely unused and above it all an enormous attic left mainly as a huge empty play space for the children. From the attic you could access the tower room and from there actually climb the ladder to the lookout platform above.
The basement was in pretty bad repair. There wasn't good lighting for example, and the darkness added to the mystery. At the end of a long dark hallway in the basement you could climb up into a crawl space under the porch where the older children had a secret hideaway. The house was built around 1900, back when houses had these huge secret underbellies taking care of all kinds of domestic functions. There was the room with a huge brick wash boiler (en gruekedel) built in, there was the furnace room and finally there was a large room with a service hatch and shaft opening into the yard in front reserved for coal/coke for heating. For a while this was turned into a good sized rabbit farm while the children of the house went through a rabbit craze.
There was a slate roof above the house and the slate was not insulated. You looked right at from the attic. When I was little, the attic itself wasn't insulated in any way either, and you could tell because no matter how cold it was the slate roof often stood black, completely free of snow cover. The snow had been melted by the heat escaping from below. In the summer it would get really hot below the slate, but my brother and I would still spend a lot of time in the attic, because we had the space to ourselves. We built enormous Lego railway systems that we never had to pull down and could work on for weeks.

The main floor was dominated by three large rooms facing the front of the house: My fathers office, the state room/living room, and the dining room; all connected en suite with double doors. The state room was the only place that was off limits for the kids. The only place we weren't allowed to turn into a play space. Thankfully we had our own kids' play room next to the kitchen where other rules applied. The house was so big that it was never really under strict adult control all of it. There was always a lot of free space, always some place to escape to where you could play. The dining room, which was also the music room with the piano, could be split in two with a curtain, and obviously we used this curtain to frame one half of the room as a stage where we produced little plays and performances (truth be told, we only did this a few times). I like to think of it as a sign of a civilized household that the TV set was in the kids' play room and not in the living room. The living room was a place where you sat and talked, and maybe listened to records. Television was something for kids. There was no censorship, television wasn't frowned upon, it was just a familiy/kid oriented thing.

In front of the house was a small garden where we almost never played, it was mainly for display - a lawn with a row of rose bushes in front facing the street, behind a low, white metal fence. Behind the house was a much bigger garden matching the size of the house. It consisted first of a big lawn (it's hard to remeber exactly how big it was but 15x25 meters is probably a low estimate) where we could play football(i.e. soccer) or other games. Along the lawn on one side was a garden path to the very back of the garden, and beyond that on both sides the lawn was surrounded entirely by trees and lots of shrubbery, ideal for hide and seek. Behind the lawn was the vegetable garden (later another lawn) and some more trees. All of the trees served different functions for play. There was the fairy tale style hollow tree, with a trunk decorated by huge fungii, there was the tall oak with the big swing hanging from a branch maybe 4 meters above ground, where we could help each other to fantastic rides. There were the fruit trees, apple and pear. There was the copper beech with the tree house built by my older brothers and there was the forked tree at the back of the garden on the mound next to the campfire site we used on midsummers night. The tree on the mound was really easy to climb if you didn't like climbing the biggest tree of them all, the giant lime tree at the very back of the garden.